The Apple iPhone 7 Plus is a smartphone that was tested with the iOS 10.0. 2 operating system. This model weighs 6.6 ounces, has a 5.5 inch touch screen display, 12-megapixel main camera, and 7-megapixel selfie camera. It comes with 3GB of RAM.

On the surface, the iPhone 7 and the iPhone 7 Plus devices don't look very different from the previous-generation iPhone 6s and iPhone 6s Plus, continuing to feature the same 4.7 and 5.5-inch screen sizes and the same dimensions, but there are a few visual differences and several important internal changes.

Antenna bands no longer span across the back of the devices, for a cleaner, sleeker look, and there are new colors being sold alongside the standard Silver, Gold, and Rose Gold shades: a matte black color Apple is just calling "Black" and a "Jet Black" with a high-gloss finish.

Most notably when it comes to design, the body of the iPhone 7 has been reengineered to be IP67 dust and water resistant, so it can hold up to splashes, rain, and brief submersion in water. Apple's warranty doesn't cover water damage, though, so it's best to be cautious with water exposure. 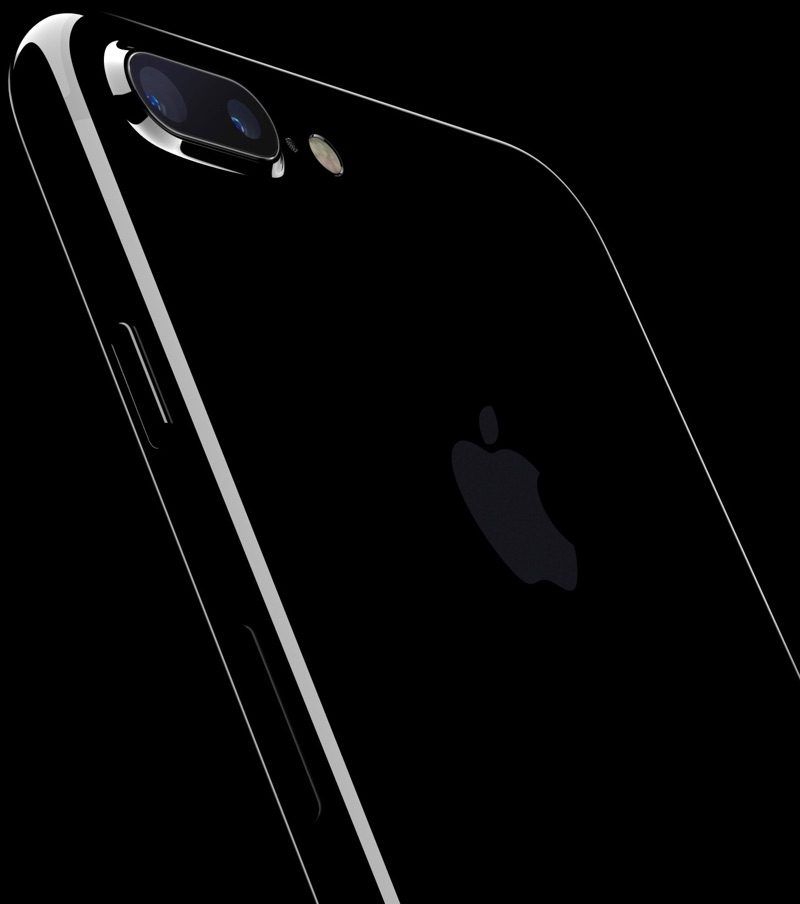 There is no physical Home button on the iPhone 7, as it has been replaced by a "solid-state" pressure sensitive button that's connected to a redesigned Taptic Engine to deliver haptic feedback mimicking traditional button presses. The display is 25 percent brighter and supports wide color gamut for richer, true-to-life colors.

Inside, the iPhone 7 and iPhone 7 Plus are equipped with an A10 Fusion processor, which is 40 percent faster than the processor in the iPhone 6s. It features two high-performance cores for system intensive tasks and two high-efficiency cores that operate at 1/5 the power to save battery life for smaller tasks.

There is no headphone jack in the iPhone 7, so headphones that connect to it need to be Bluetooth or equipped with a Lightning connector. Apple is shipping the iPhone with Lightning EarPods and a 3.5mm to Lightning adapter, plus it has designed completely wireless high-tech AirPods to ease the transition.

Stereo speakers, located at the top and bottom of the iPhone, are a new addition, and the biggest feature improvement comes in the form of an overhauled camera system. The iPhone 7 features a 28mm 12-megapixel camera with optical image stabilization, a wider f/1.8 aperture 6-element lens, wide color capture, and a revamped Apple image signal processor, all of which result in brighter, sharper, more detailed photos, even in low-light conditions. 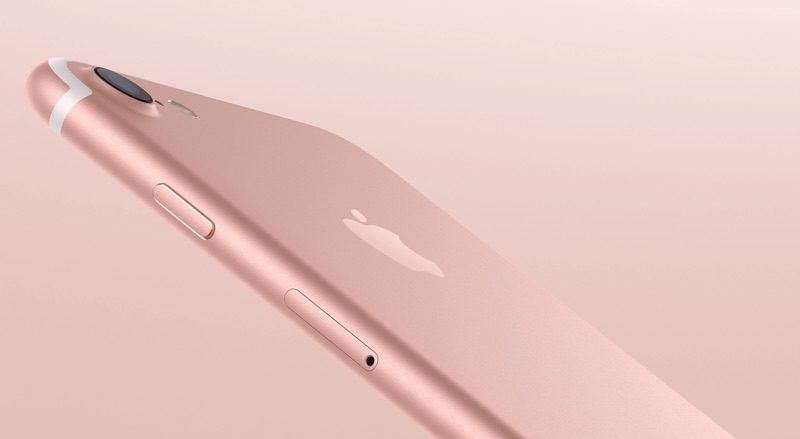 The iPhone 7 Plus features all of the camera improvements in the iPhone 7, but in addition to a 28mm wide-angle lens, it has a second 56mm telephoto lens for dual-camera functionality that enables better optical zoom. It also includes a new shallow-depth-of-field portrait mode that uses the two lenses to draw out the portrait subject while blurring the background.

Both iPhones have a four-LED flash that's 50% brighter and stronger, plus an upgraded 7-megapixel FaceTime HD camera with improved sensor technology and auto image stabilization for better selfies and clearer FaceTime calls.